Pressure cookers used to be the stuff of scary stories that began with “I have a friend who has a friend” and end with an exploding pressure cooker.  While this legend may have had some truth to it back in the day with some unscrupulous manufacturers, today’s pressure cookers contain features that make it virtually impossible for them to explode or cause any other story worthy harm.

The key benefit of the pressure cooker is its ability to take cooking processes that required hours or even days and cut them by more than half.  Stocks, stews, beans, and even soups can be made in so little time that making these homemade is now a real possibility.   This is made possible by the sealed pot creating an environment where pressure builds and thus raises the boiling point of water from 212°F to 250°F.  This in turn makes food cook much faster and produces more intense flavors as the amount of liquid used and vaporized is much less. 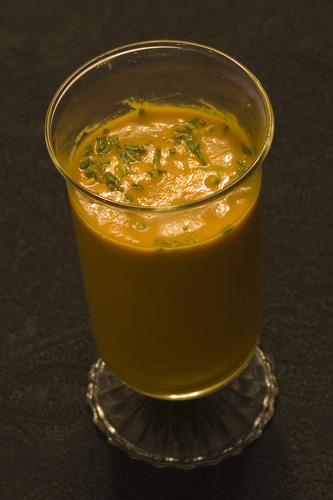 Nearly all the stocks I make (chicken, beef, mushroom, vegetable) are from Heston Blumenthal at Home and also use a pressure cooker taking them from all day processes to mere hours.

So which models should you consider?

Regardless of the model, the 8qt is probably the best route to go in terms of size.  If you plan to make stocks with this utensil, you’re going to need capacity and anything smaller simply won’t do.  However, going much larger than 8qt also makes everyday dinners and smaller meals more challenging. 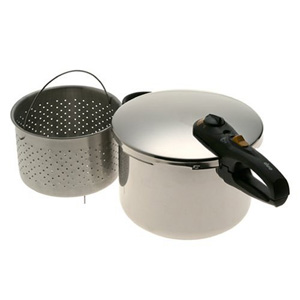 After careful review and consideration, this is the pressure cooker I chose and I’ve yet to be disappointed.  It tends to have a very reasonable price (check here for good deals) and is very high quality materials and construction.

One of the key differentiators in quality is the surface area of the plate on the bottom of the cooker.  This ensures even heat distribution which is very important when trying to maintain a constant pressure level and prevent scorching.  In order to save costs, some manufacturers (Kuhn Rikon) shrink the surface area of this disk, but then balloon out the thinner metal of the sides to give the illusion of surface area that leads to uneven heating and scorching.

This model also has a very clear indicator that tells you when the pressure cooker has reached full pressure.  Some other models (Magefesa) have indicators that are either deeply inset making them hard to see or confusing and hence difficult to interpret.

Finally the Fagor maintains a consistent pressure level throughout the cooking time leaving you free to do other things (which is the whole point right?).  Other models require constant supervision to ensure the pressure is maintained while not venting forth unnecessarily high amounts of steam.

There is one other model that I believe is as good or better than the Fagor and that is the Fissler 8 ½ quart pressure cooker.  However at around $280 – $350, I find it a bit over priced for not much more in the way of features.  The key benefit of the Fissler is that it truly does reach 250°F ensuring the food comes out perfect every single time.  If you are interested in the Rolls Royce, then check out what others have to say here.

Learn about me and how I went from a frozen pizza queen to a burgeoning modernist home cook! … END_OF_DOCUMENT_TOKEN_TO_BE_REPLACED